Architectural Conservation Professionals & Tobin Consulting Engineers are thrilled to announce that their project at the Aran Sweater Market in Galway was awarded Highly Commended in the 2019 CABE Chartered Association of Building Engineers Awards for Preservation & Conservation. We are incredibly honoured to have received this International Award for an exceptionally special project.

This project is the result of an extensive conservation effort to design a culturally sensitive outlet for Glen Aran Sweater Market from a derelict property located at the end of Quay Street – one of the most prominent pedestrianised areas in Galway. This structural cluster comprised of five different properties including a 15th Century house and an 18th Century warehouse which was converted to cottages in the 19th Century. The ruinous cluster was derelict for over 20 years and located within the medieval core of Galway City.

The core objective of this project was to restore and bring back into economic use an important historic building and it was clear from the outset that this project would have to use all available avenues in the pursuit of achieving both ingenuity in design and securing high levels of commitment to strong conservation principles throughout all work elements.

In order to promote honesty of repairs and alterations, traditional materials and methods were employed in all works to the historic fabric and any new interventions such as roofs, sash windows and bronze window frames, were made clearly identifiable i.e. date of manufacture carved into the elements where possible.

All alterations are reversible. New elements such as the stairs were designed to be independent of the historic fabric and can be removed without interference if required.

Chartered Members David Humphreys, Nancy O’Keeffe and Martin English of Architectural Conservation Professionals were involved in the project from the start. As well as the initial survey and design, the team supervised all works and focus was given to the finer details in the project to ensure they were in keeping with the character of the site. 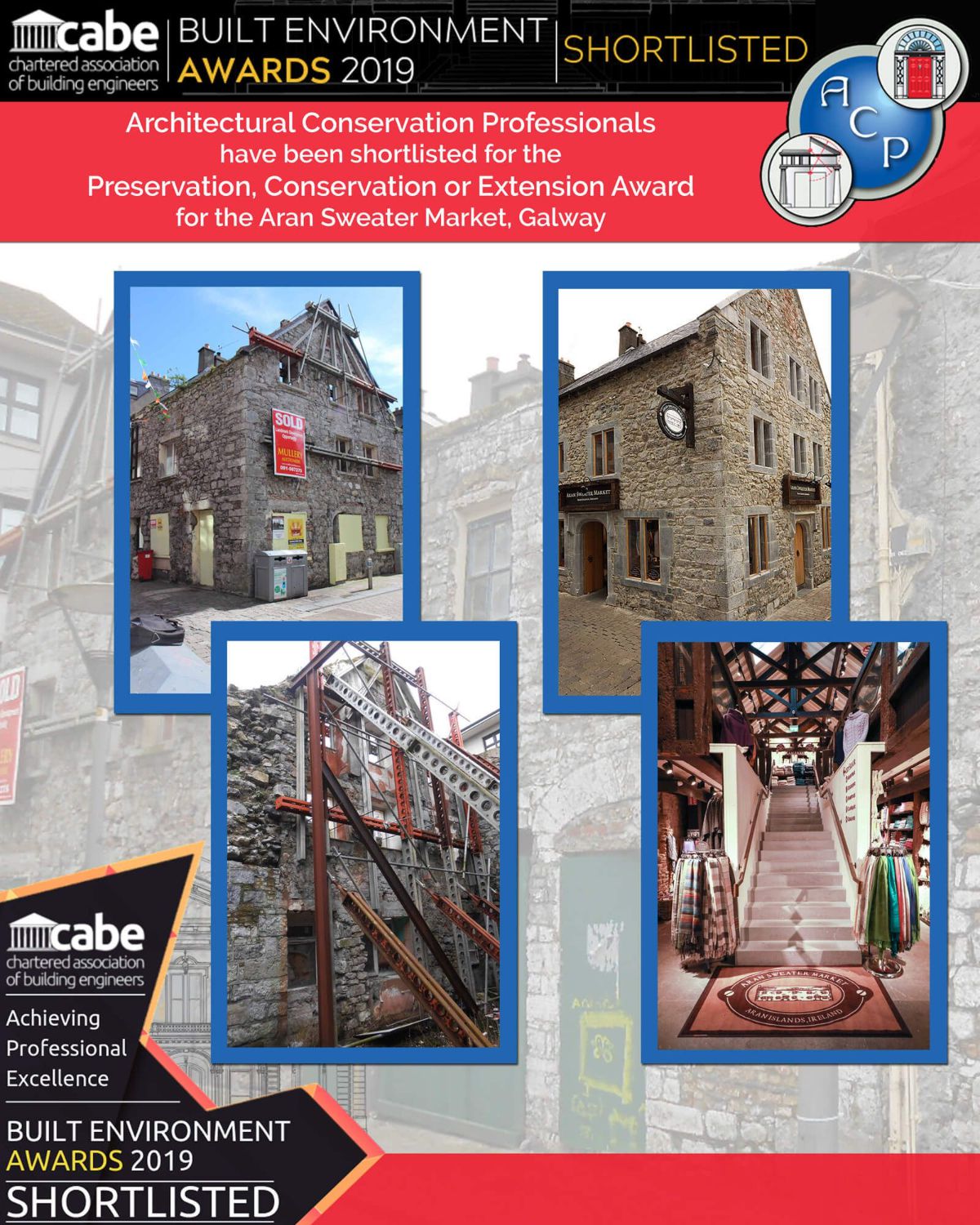